As they say, foundation of technical analysis lies in the Trend..
Dow Theory is one of the most important trend following theories ever. As market evolved, the concepts of Technical analysis became more elaborated and complex, most essential foundation was forgotten in the Market literature.Even with much complexity nothing beats the Dow Theory on odds and logic. It’s around for over 100 years and still important as it is, even today

Predictive theories don’t work.
Many traders look for theories which claim to predict market movement in advance such as Gann, Elliot wave etc. while others try to take more balanced approach such as Mechanical moving averages etc.These Traders attract to theories or systems which tell them where the market is going to go in advance, some thing like pseudo-scientific concept. They need to pinpoint every reversals and trends in advance to make money. The problem is such things don’t work; either such theories or methods exist. The reason is obvious; if such things exist then, there will be no market.

Trading the Odds
Trading is all about probability and odds In order to make money from Markets, You don’t need crystal balls or predict everything in advance. If your trading strategy or technique generates more profits than losses, you can beat the market! In case if you lack such as system in practice, then I would divert your attention on Dow theory which is simple, efficient and easy to use. Dow theory is a reactive trading method

Misconception
Some think Dow Theory is very basic concept and it is impossible to apply on it’s own. Never let this thinking fool you! Dow Theory is a Trend trading hypothesis and arguments which can modified and created into a system of its own .Some of the successful traders in the world give credit to Dow Theory and its principles. Simply Put, Dow theory postulates that trends begin and end with some patterns moves like ebbs and flows. By understanding the patterns we can expect the beginning and end of the trend, We can Trading the patterns from the perspective of Dow theory.

Charles Dow, The founder of principles 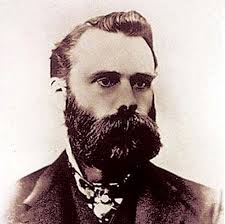 The body of ideas known as Dow Theory is a composite of the work of Charles Dow, William Peter Hamilton, and Robert Rhea. Charles Dow was the founder of Dow Jones & Company and co-founder and editor of the Wall Street Journal until his death in 1902. He originated the idea of an index of stock averages with the Dow Jones Industrial average in 1895. In 1897, he created an average index for railroad stocks on the premise that the industrial and rails indexes would be indicators for the two basic economic sectors, production and distribution. Dow intended the indexes as an indicator of business activity and never himself employed them to forecast stock price movements. Although he had only five years of data to work with until his death, his observations were nevertheless remarkable in both scope and accuracy.

Evolution of Principles
Dow himself never organized and formalized his ideas into a theory of economic forecasting, but a friend of his named A. J. Nelson attempted such a formalization in The ABC of Stock Speculation, published in 1902. It was Nelson who dubbed Dow’s methods Dow Theory. William Peter Hamilton, who worked under Dow, was the most articulate Dow Theory advocate of his day. After Dow’s death in 1902, Hamilton continued to expound upon and refine Dow’s ideas primarily through editorials in the Wall Street Journal from 1903 until his death in 1929. In addition, he wrote a book called The Stock Market Barometer in 1922 where he gave Dow Theory a somewhat more detailed and formal structure beyond the scope of what was permissible in an editorial format. Robert Rhea, forced through injury to work from his bed from 1922 until his death in 1939, was an admirer of both Hamilton and Dow and profited handsomely by applying their principles to stock price forecasting. Through detailed study, Rhea better defined the principles and method of the theory and developed the first set of publicly available charts of the daily closings of the Dow Jones Industrial and Railroad averages with volume included.

Good Ideas often Misunderstood.
Dow Theory is, by definition, a technical theory; that is, it is a method of forecasting which relies on the study of patterns of price movements to infer future price behavior. In this sense, it is the father of modern technical analysis. After Rhea’s death, Dow Theory fell into less competent hands. Men who failed to grasp the essential principles of the theory misapplied and misinterpreted it, to the point that it is now generally considered dated and of little use as a technical tool in the modern markets. This is simply not true. As we see in the Part 2 How this wonderful theory will help us to capture Market Profits