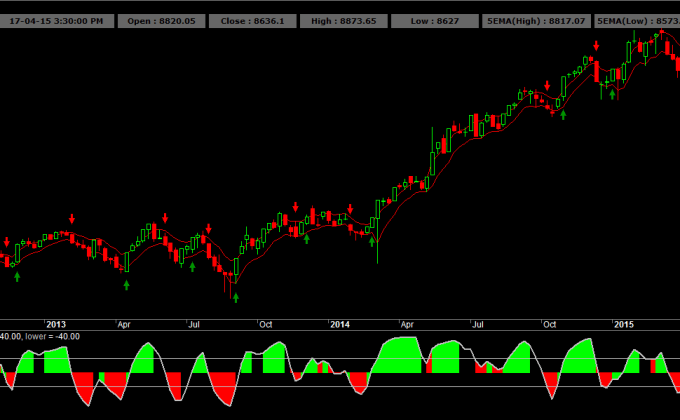 One notable observation is Both Nifty and BankNifty futures are hovering just above 5EMA(low) long term support zone 8573.29 and 18382. And the rising RSX shows a possible bullishness on the longer timeframe. More confirmations could arrive if the Daily RSX shows a turnaround from the sliding RSX value. At this point of time Daily RSX is around -49 and -57 respectively and in declining mode. A turnaround in RSX value on Hourly followed by Daily timeframe at this juncture could bring a potential mean reversion in the longer term uptrend.

Nifty and Bank Nifty futures closing below 5EMA(low) on closing basis might add more strength to the downtrend. 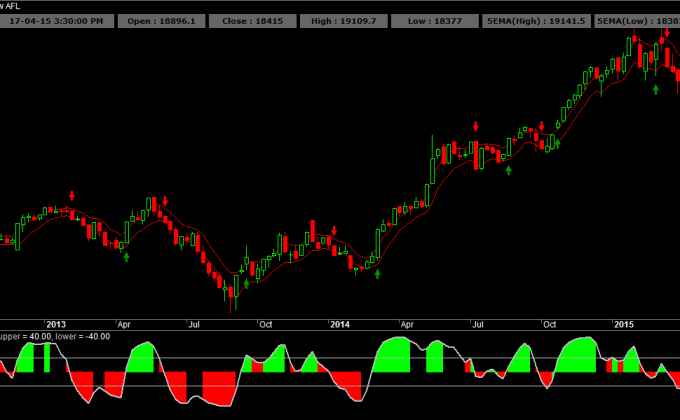 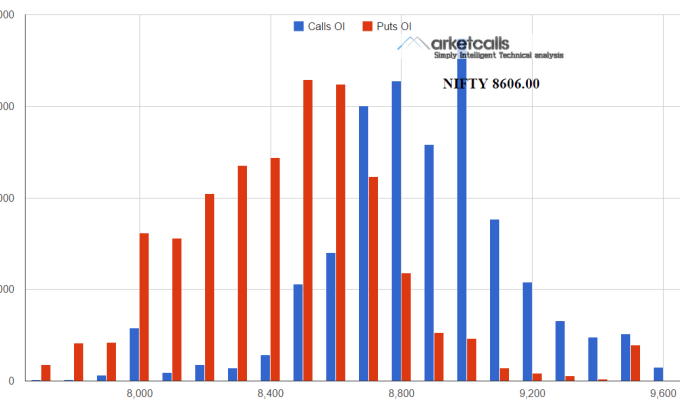 2)Infrastucture Output Year on Year figures are likely to be released on 30th April. Construction output in India increased 1.45 percent in February of 2015 over the same month in the previous year.

3)Indian economy is now clearly on a recovery path with a 7.4 per cent growth in the first three quarters and the new government is committed to maintain overall macroeconomic conditions on a sustained basis” – Finance Minister Arun Jaitley