You are here: Home / Trading Lessons / The Reason Why Trading Chart Patterns are Useless 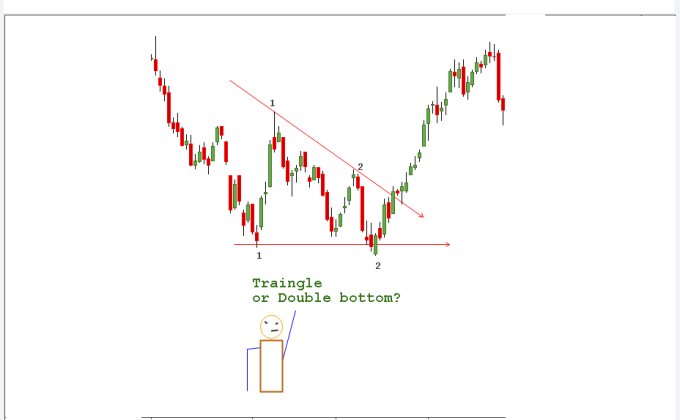 Yeah, if you believe that I am good at writing controversial articles, I can’t say no. But while doing so, I try to expose real face of the markets and some of the most used conventional wisdom which is nothing but just a useless trap. Today let me stir a bit on Chart patterns and why the so-called “Patterns” are useless to make money. Before doing so I would like to warn the average reader that chart patterns are useful only if you’re making money out of it or else throw them away.

Actual evidence is against trading chart patterns
Chart patterns are merely illusions created by people’s subconscious. Certain theory of economics hold that if there were a way to predict future stock prices and profit by it then enough people use these techniques they would become ineffective and ceases being profitable.One of the experiment conducted by most reputable statisticians show that chart patterns don’t exist in the marketplace such patterns is created by one’s Mind itself and couple of other experiments show that if lot of market participant play on the same chart patterns they may become a self-fulfilling prophecy but the result may not be profitable for the trader who uses it

There is no objectivity in Trading chart patterns
Whether you believe it or not, trading chart patterns are not objective at all indeed they are more subjective than indicators. Chart pattern analysis can be more subjective when the conclusion reached is based on a mixture of technical factors that may influence future price direction. It can even become a dangerous practice when used selectively to offer support our gut beliefs about the future direction of prices. Of course, there are also those that have devoted time and effort to turn it into an empirical science by analyzing thousands of charts and formations which only ended up in fruitlessness

Chart Pattern rules doesn’t work on real life market
How many of you’ve heard that pundits say, once you see such and such patterns keep your stops here, target here so and so..
But if have applied these ideas on practical trading or willing to apply in the future period, consider this line – They are derived from gut feeling without any logic or reasons and don’t work for real complexity of markets. If you are experienced or obsessed with chart patterns then you know what I’m talking about.

Even, if the pattern works you’ll not be able to profit from it!
Specifically, by the time most chart patterns is confirmed, a good part of the profit has already been realized by those who cause the patterns in the first place, unintentionally or even intentionally, leaving the rest to fight volatility. Once the patterns are visible to the crowd then majority of the profits are already churned leaving it into a kind of random behavior. Remember everyone has the access to the same charts that you use, thus logically if the pattern is visible to you then it is visible to everyone who use the charts and more probability such patterns will be manipulated by bluffers