on 6th Dec Nifty Futures hit a intraday low of 8000 since then nifty had gained nearly 844.4 points in just 14 trading sessions. Literally Q3 Season, surprising RBI rate cut from RBI Governer and European QE had boosted the sentiment. Put writers are heavily building around 8500PE, 8600PE, 8700PE and right from the start of the series 8000PE maintains the highest open interest. 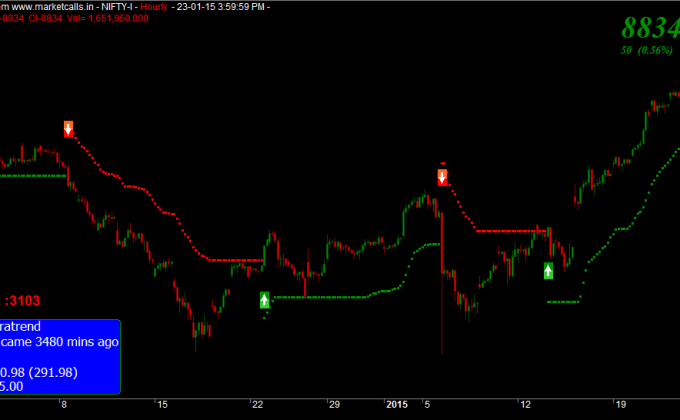 Economic Factors that could bring volatility in the Market

1)Recently on monday (26th Jan) US President Barack Obama attended the India-US business summit in New Delhi and announced investments and loans worth $4 billion by American agencies as part of measures to bolster trade with India.
2)Russian rouble fell to a newer low after The currency fell over 7% to over 68 to the dollar after the S&P cut Russia’s credit rating to BB+.
3)RBI Interest rate decision is pending on 3rd February 2015.
4)GDP rate grown Y-O-Y data to be released on 9th February 2015
5)IIP Numbers on 12th February 2015.
6)Union Budget on 28th Febrary 2015

On the Hourly charts both Nifty and Bank Nifty maintains the positional uptrend. Any sort of trend following in nifty and bank nifty futures would have yielded descent returns in this month. Moreover we had a slightly increasing volatility for the current month. 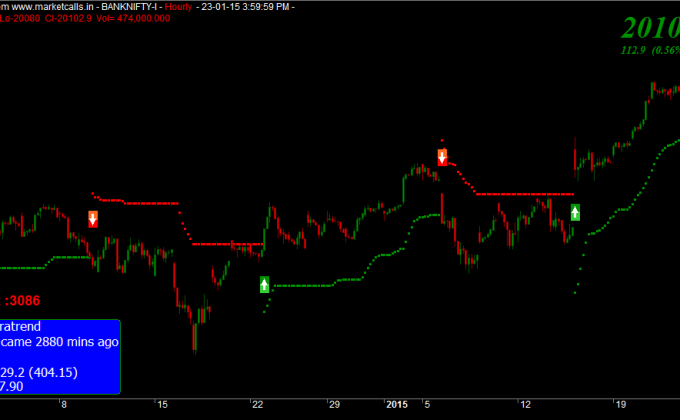 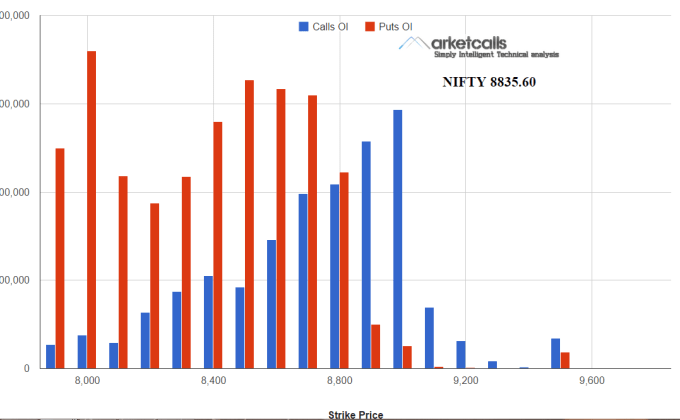