You are here: Home / Infographic / Which is the most favorite Trading Software among the Traders?

Metatrader
Among the search volume, metatrader tops the chart and the most preferred among the traders due to the open source nature of the metatrader platform. Compared to the other Trading analysis platforms, metatrader builds a lot of opensource competence which attracts traders in analysis/trading the markets especially the forex markets. In the past six years most of the metatrader related searches have come from Russia, malaysia, indonesia, nigeria,singapore and it is getting quite popular in india. When compared with its peers it has run far ahead in the race. Metastock is drastically loosing its popularity over time. I assume the possible reasons to be lack of active opensource community as metatrader and competition from its peers. It is popular currently in India, Russia, Australia 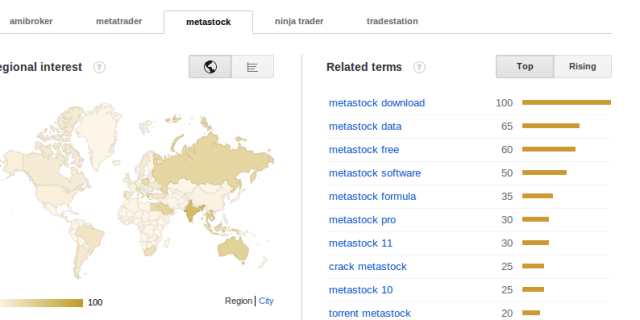 Amibroker has almost constant search interest over time and the most favorable trading analysis software in India. Saudi Arabia, Bangladesh, Indonesia, Poland, Hungary, Hong Kong, Singapore are the others regions where amibroker spreads its wings. Most of the Indian Trading forums project amibroker to be much popular and trending but the above chart breaks that common notion. 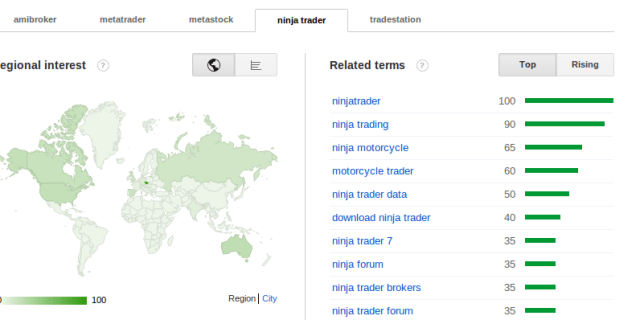 Esignal being headquartered in US, predominantly favored by United states and Canadian traders. However it fails to capture the overall market due to the premium software pricing compared to other trading products. However Esignal compatibility with most trading analysis software creates branded label among the traders. 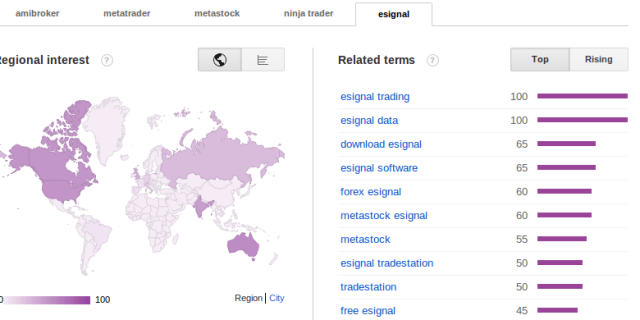