You are here: Home / Forex / Role of M-Pesa in India

ICICI Bank and telecom major Vodafone India has launched a mobile money transfer and payment service ‘M-Pesa’ in Assam and the North-eastern states. The launch of this special service throughout the north eastern states of the nation is mainly to empower the population to get access to the financial services via mobile phone.

As per the company officials, M-Pesa is the rare blend of Vodafone’s global expertise in the domain of mobile payments along with its noteworthy distribution reach in India and the assurance of secured financial transactions provided by ICICI bank. The M-Pesa services would now be available in more than over 350 towns, 130 Tehsils, 40 districts through 1,200 specially trained authorised agents and across 91 Vodafone mini and retail stores across Assam and the entire North East.

What is M-Pesa and how it works?

M-Pesa is a mobile money transfer service. This service can be enjoyed by the Vodafone subscribers. As the subscribers apply for M-Pesa, they are provided with a mobile wallet, which is issued by MCSL (a Vodafone group company) with the name “MCSL Wallet” and a mobile money account with the ICICI Bank. Both the MCSL wallet and the Mobile money account with the ICICI bank are inter-operable. Depending on the convenience of the user, the flow of the money can be made between both the accounts with a much of ease. 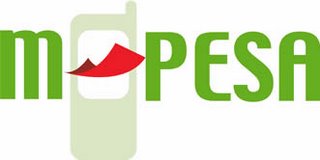 There are two kinds of subscriber for the M-Pesa services- Registered and Unregistered.

A registered M-Pesa customer is the one who has a Vodafone SIM on which he is registered at the agent store and has signed the terms and conditions document for the M-Pesa services. He is allowed to make transactions via IVR/USSD. Registered users have a specific Pin code to access their M-Pesa accounts. Registered users of M-Pesa services can make unlimited transactions, receive and send money, buy airtime and alike.

Unregistered users of M-Pesa are those who are not registered under the M-Pesa terms and conditions. These users are not allowed to make transactions via IVR/USSD. It is not necessary for the unsubscribed users to be the user of Vodafone mobile network. However, they can withdraw their money if voucher code received through an SMS along with their identity proof is available.

M-Pesa services can also be used to make bill payments, for instance Vodafone post-paid bills of the user or that of any other Vodafone user within the same circle. Apart from just paying the Vodafone post paid bills, users can also make payments for other utility services including electricity bills, premium for the insurance policy to name a few. Bill payments can be made using an USSD/ IVR.

Benefits of M-Pesa
With this innovative use of technology it has become easy, instant and simple for the customers to transfer money and make payments beyond the traditional methods of making payments.

M-Pesa accounts can be used by the customer’s at their convenience in order to make to deposits and withdraw cash from the designated outlets. Sending money to any mobile phone throughout the nation and remit money to any bank account has become a matter of minutes.

The collaboration of the Vodafone India and ICICI Bank is trying to roll out the M-Pesa services in all other states of the nation in different phases.