On Thursday, Railways Minister, Suresh Prabhu, Introduced his first budget in the Parliament. No rise in the passenger rail fares caught the limelight. With others there were so many new points added that it brought out both, good and bad responses from people as well as opposition. Mr. Prabhu made it very clear with the budget that this year it would be all about rectifying faults and replacements and repairs but no new trains this year. He completely focused on the modernizing old networks and improving facilities for millions of consumer. 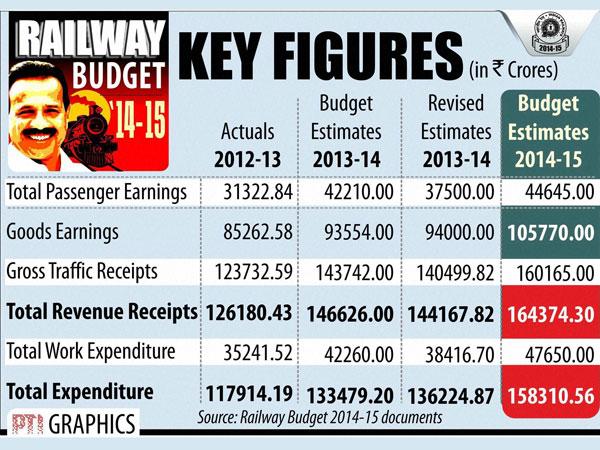 People were relieved about no price hike in the rail fares. There were a number of points of thorough discussion. Firstly, the new rule that was introduced about 120 days advances booking in railways got applauses, mostly from the students. On the other hand there were criticisms flying all over on not introducing any new trains this year. According to Suresh Prabhu, he is planning to develop and improve the present state of railways and upgrading of available resources. Opposition too came up with remarks where Prime Minister Narendra Modi’s short fall on able to keep the promises made by him during the elections. Investment of Rs 8.5 lakh crores is said to be made in next 5 years. All for the development and modernizing of the ageing network.

Another Important point was the focus towards the proper utilization of ‘Nirbhaya Fund’. Installing cameras in the specific compartments of the trains without compromising the privacy has been thought towards protection of women against the crimes in trains. The general view on this particular point was positive overall but they are still doubtful if this could be made possible practically. Modernizing the stations by introducing Wi-Fi in most of the stations and charging facilities in all the compartments of the train is also in the agenda of the Rail Budget 2015.

Even if there was no rise in the passenger rail fares, but freight rates for some commodities by an average of 3%. On other fronts that should lift a common mans spirits were also discussed during the budget such as Bio and vacuum toilets for every compartment of every train. 24×7 helpline are about to open for the convenience of consumers. Operation 5 minutes has been introduced for the passengers to purchase tickets from vending machine within 5 minutes. Even online booking of retiring room is to be made available soon to the passengers.

The railway budget has been compiled very thoughtfully keeping each and every aspect of the railways. From the comfort of a common man to the budget raising for the investment, everything was well thought for and presented in a thoughtful way. The budget was cheered all over India. Railway Minister Suresh Prabhu has prepared the budget with keeping Prime Minister’s pet projects in mind like ‘Swachch Bharat mission’, make in India, digital India and yoga. Four Railway Research Centres to start in four Universities this year. Some of the Political leaders are against the budget and full criticism but it’s time that would tell if the Rail Budget’15 is going to be success or failure.

Vidhyaa Sree is a freelancer/Content Writer and author of www.gogreenguyz.com