You are here: Home / Futures and Options / Nifty FMCG – Bearish Island Reversal Pattern to be Revisited? Nifty FMCG index formed a classical bearish island reversal pattern during the month of July 2017 since then it is drastically under-performing nifty and moving in a sideways phase, tightly compressed for the last 5 trading months.

An island reversal is short-term reversal pattern that forms with two overlapping gaps. Gap Zone on the daily chart comes around 26800-27075. Medium term outlook is bullish as the weekly sentiment continues to be positive for the 6 consecutive straight weeks. 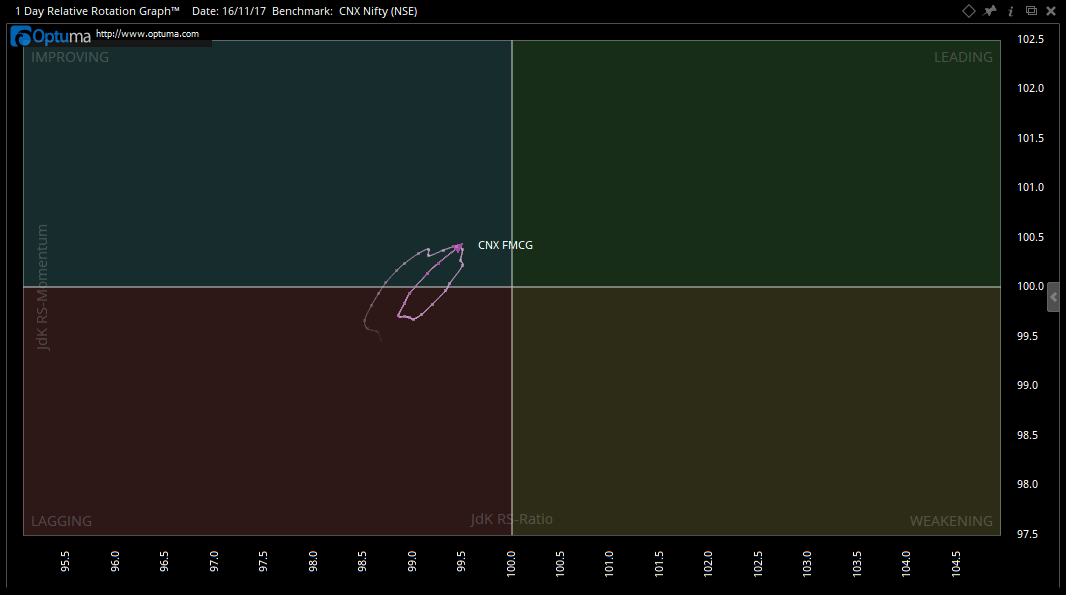 Overall breakout from the large consolidation balance is expected which is expected to test the bearish island reversal zone 27000 levels in 1-2 months duration. Short term and Medium term investing bias in this counter is positive. Short term Supports are expected around 25200